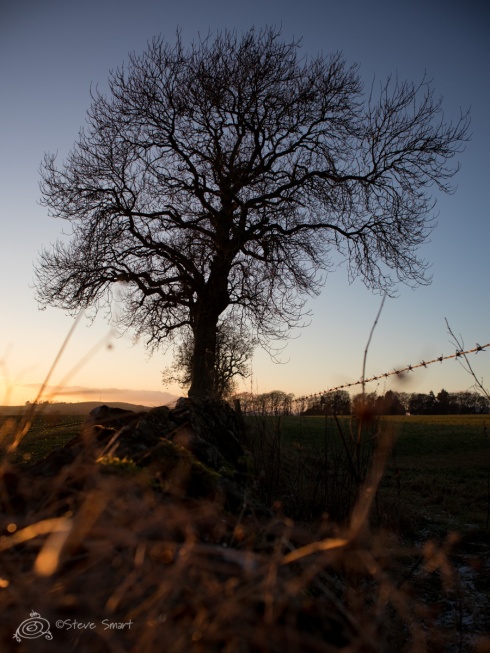 In November there will be an exhibition at St Margaret’s House in Edinburgh called Grown Together. Timed to coincide with the launch of the Tree Charter, this will feature the work of nineteen artists with a shared interest in trees.  I’ve been working on video material for a loop which will be part of a small installation.  The videos combine ambient audio captured in some local woodlands with animated  text and readings of some of my poems from the small collection called Drawing breath.

Here’s a test piece for one of my videos.  (Please ignore the headphone graphic near the start – it’s just there to indicate that there is audio to passing visitors).

The poem takes a tree’s-eye-view of passing humans, coming around to memory and how remembering works, or doesn’t…

A visual poem for National Poetry Day, and for autumn…

Trees can be very big, and some of them are very old. Their character and way of life is complex, in many ways hidden, and very different from our own. They can make us pause and they can make us gasp.

drawing breath is a collection of twelve poems arising from a collaboration with visual artist Tansy Lee Moir.

I’ve made a series of recordings of readings.  Hope you like them!

You can find links to readings and more about our collaboration here. 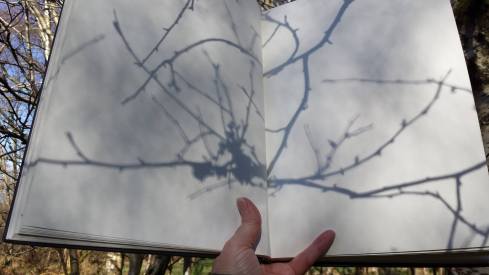 I’m going to be reading some poems at Tansy Lee Moir’s residency presentation event at the Howden Park Centre, Livingston on Sunday (23d) afternoon.  If you’re anywhere nearby it’d be great to see you there.

Out of our collaboration I’ve written twelve poems to make a small collection called ‘Drawing Breath’. I’m going to post more about this soon, including some audio recordings, and details about a print copies.

I had a grand visit to Tansy Lee Moir’s Drawing in the Trees workshop at the Howden Park Centre yesterday.  I was there as part of my collaborative work with Tansy’s ongoing Dialogues with Trees project.  This was an excellent opportunity to see what happens in a workshop, and read one or two of the poems I’ve been writing to the artists taking part. The weather wasn’t ideal for drawing outdoors, but looking out the window today – it could’ve been worse!  We managed a quick foray between showers to some trees near to Howden Park.  Apparently watercolour pencil works well on wet paper…

After we were renewed by a quick coffee and sugar supplement, Tansy began to demonstrate some of the ways she works with charcoal to make her superb tree images. Then everyone enthusiastically started to get their hands dirty! I do enjoy photographing people when they get really engaged in a process.  Everyone’s focus was excellent and the amount and standard of work that happened in a short time demonstrated that this was a talented group of folk! 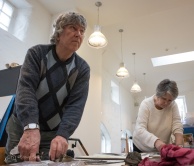 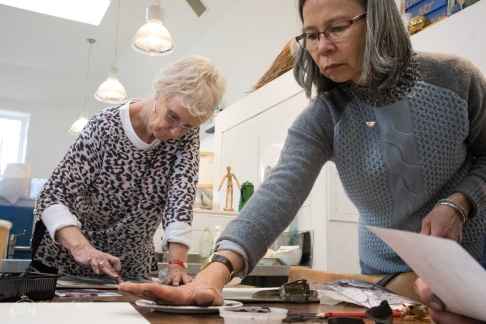 I’m sure that I will write more poems following from the experience of watching this group. I’ve found that the kind of concentrated looking that I like to use photography to achieve is a good starter for later ideas.  The truth is, however, I’m a pretty ‘slow poet’ – I don’t think I’d get far if put on the spot in the way that you sometimes hear on a radio program (“and we’ll hear what he’s written based on that story a little later in the show…”)  I suspect that perhaps there is an element of showbiz at work here, and authors might get a little more preparation time. However, fact is I’m slow, and I’m ok with that.  It takes me ages to get stuff down, and a few more ages to hammer it into something vaguely resembling a poem!

Fortunately yesterday I was in the happy position of having what I might call some Blue Peter poems. For those too young to remember or perhaps from overseas, Blue Peter was a long running UK children’s show.  Presenters demonstrating creative craft projects for young viewers would regularly reach authoritatively under the workbench to loft a minor triumph of paper, card, adult supervised use of cutting tools, and more-often-than-not ‘sticky-backed plastic’ with the words “we don’t have time to do all of this just now, but here is one that I prepared earlier…”  (I suspect that the “earlier” glueing etc was most likely in fact accomplished by craft-worker prototypes of QI’s research ‘Elves’).

A long ramble!  The point being, from my previous work with Tansy, I had some poems I’d already written about drawing and trees. So I could reach into my folder and produce something relevant that “I prepared earlier…”.  I could hardly ask for a more clued-in audience! I think the poems went down quite well. To close this post, I’ve included one below.

For those that are interested, there is another Drawing in the Trees workshop in March.  I’ll be reading more poems at the Residency Presentation event later this April at Howden Park Centre.

The fifth element, chopped and fired,
pulped, pressed and regrown as a sketch.

Only a few hundred grains
from hilltop shadows to putty pure glen.

A slim meniscus of opportunity
where leviathans may be tickled from grey sea mists.

These fragile giants – at a clumsy sleeve
they might plunge and vanish, like a forest lost in fog.