‘The Singing Ringing Tree‘ (Das singende, klingende Bäumchen) was a strange East German fairy-tale film shown by the BBC in the 1960s. It is also the title of a sound sculpture in Lancashire on a hill called Crown Point above Burnley.

It’s not just the simple rhyme of the title that sticks in the imagination, especially for those who saw the uncanny film as small children, something about its odd atmosphere seemed to resonate. Apparently in a 2004 Radio Times poll it was voted “20th spookiest show ever”, even though it was a story for children.

This visual poem is about an encounter with a kind of life after death. The title is a small homage to the strangeness of that children’s film. 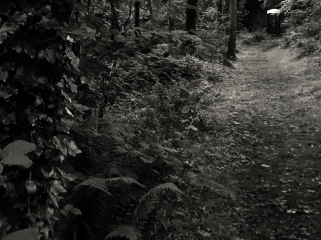 A locked door
in dark woods
blindslat slits filleting
light from elsewhere.
What is outside?

Interference patterns
in imagination physics,
destructive, constructive,
both can condense
together all at once.

Comments Off on Young’s slits | posted in landscape, light

I saw a bare-armed man
who flailed and capered,
turning unexpectedly about,
beating air like a conductor of elements,
until in a final spasm he flailed a stick
with great vigour,
up and into the sky.

I guessed at an unseen silent dog,
or madness.

Comments Off on a field poem | posted in landscape, surprise, walking, wanderings 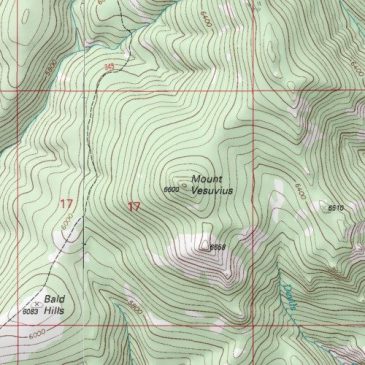 via The Writer’s Cafe Magazine – ISSUE 16 “Landscape and Maps”

Now there is a wire

Now there is a wire

Comments Off on Now there is a wire   |  tags: post, wire | posted in Creativity, found, inbetween, landscape, objects, subjects, wanderings

A tree shines brightly
near the Allt Glas-Doire,
by the coffin road.

Walking out the words

Back in December I posted about The Curlew publishing one of my poems called ‘Horizoned’. Recently the editor got in touch with me to ask about using the poem for some teaching she is planning, and if I could record something about my motivation in making this kind of poem. I was delighted to do this of course, but I thought it might be fun to try to show something about what goes into some of my ‘wandering’ poems.

Really I wanted to take people on a wee walk, because there is something about being there (and getting there!) that is essentially important. An aspect of embodied poetry perhaps.

There’s a long tradition of walking poets – the Wordsworths and Bashō prominent among them. When I googled about the topic I found some fantastic work by Mike Collier of the University of Sunderland which is well worth a look.

Here is my wee piece, with a reading at the end. I tried to cover the questions of what and why seriously, but answering using images, sound and physical effort(!) as well as words. I hope the result is entertaining as well as informative…